On the sixth episode of Asia’s Next Top Model Cycle 5, you may recall how Nametha got booted off for breaching her contract (no thanks to a little Wi-Fi conundrum); but between those white-knuckled moments, we also got to witness Cindy Chen’s meteoric rise in performance. Not only did she earn herself Best Photo that week, the 19-year-old Taiwanese model also solidified her status as the new face of Neutrogena with that challenge win, following the footsteps of Cycle 3 finalist, Aimee Cheng-Bradshaw. 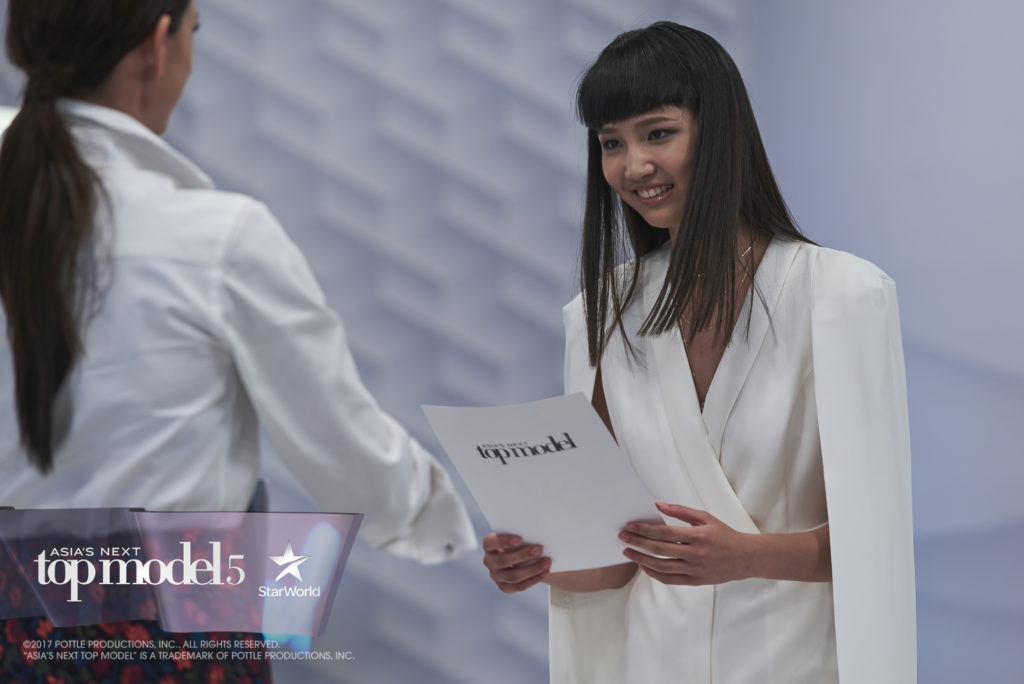 If you’ve been following every episode, you’d probably be familiar with Cindy’s shy yet jubilant disposition. Pictures may capture her stunning, graceful beauty, but not the lanky goofiness that makes an in-person Cindy even more irresistible – a perfect fit for the beauty brand, if you ask us. Cindy is physically demonstrative, often pantomiming scenes as she elaborates, and since she’s got those ingenuous facial features, even the subtlest expressions come across loud and clear. Well, these traits definitely surfaced over an interview that took place at FOX Studios Singapore, where we got an exclusive look at the creation of Neutrogena’s new beauty campaigns for their updated Rainbath series as well as their Deep Clean Foam Cleansers.

Be sure to stay with us till the end of her interview – you’ll get an exclusive first look at Neutrogena’s latest Rainbath commercial. How do you feel about winning the Neutrogena challenge?

When the host, Cindy Bishop announced that I had won the Neutrogena challenge, I was extremely surprised because I had some trouble in the bathtub where our photoshoot took place. I didn’t think I had done a good job, and I’m too huge for the bathtub as well. [Laughs] I’m 1.78m tall, so I’m one of the tallest girls in the house. The water surface was actually up to my face, covering my ears, so when Yu Tsai was directing me, I couldn’t really hear him. It was hard to take direction at that time, so I had to stick an ear out just to hear him. There was so much happening at once, and the challenge was supposed to be about relaxing, so it was really difficult to concentrate on motion at that time. I thought I didn’t do well, but then when Cindy announced it, I was like, “Oh! Really? Seriously?! Is that really me?” So besides feeling shocked, I felt extremely glad because it’s such a big brand and it’s something so different. This opportunity would change my career. 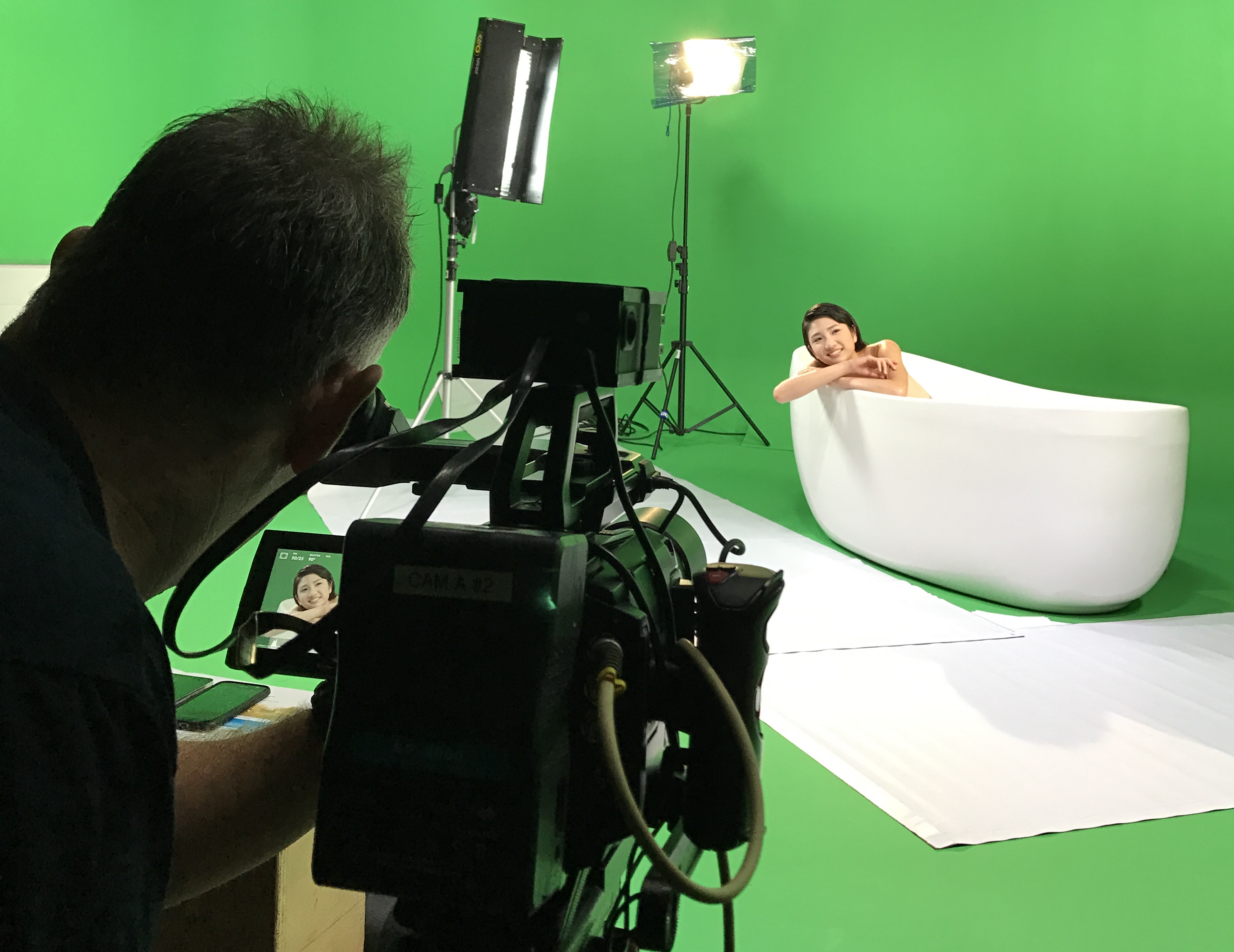 Can you tell us what you love about the brand?

When I was little, I remember my mum using the classic Neutrogena Pure Mild Facial Cleanser, so when I won this challenge, it just felt like something really close to home.

What are some of your favourite Neutrogena products?

I love the Neutrogena CoolDry Sport Sunscreen Spray Broad Spectrum SPF50+ because I exercise a lot. I like to play basketball and I’m also the team captain – but only in my department! It’s convenient to use, but what makes it special is that once you spray this on your skin, your sweat can still come through, so I really like it a lot. I also like Neutrogena’s Norwegian Formula Hand Cream, yeah, I just used it. [Laughs] It makes my hands feel really soft and smooth, so I carry it along with me all day.

Walk us through your beauty regimen. How do you take good care of your skin?

People always advise to sleep well, eat more fruits and vegetables, drink more water… but I don’t follow any of it! [Laughs] I’m not really diligent on skincare either, so all I can do is avoid making my skin worse. I always make sure I take off all my makeup as soon as a shoot wraps up, and I’ll do a double-cleanse depending on how heavy the makeup is. Also, because I have dry skin, I always put moisturiser on twice before I go to bed, so once the first layer dries, I’ll apply a second layer over it.

How important is sun care in your routine and what have you learnt about it?

It’s really important because I work mostly in Taiwan, and they much prefer models with fair skin, so the clients will often say that I’m too tan, and that’s why I really need to prioritise sun care in my routine. Before I play basketball, I always make sure to apply sunblock 30 minutes prior, and then I’ll apply it again maybe an hour later. A lot people don’t know that sunblock doesn’t work immediately, so you have to apply it some time before you head out into the sun. 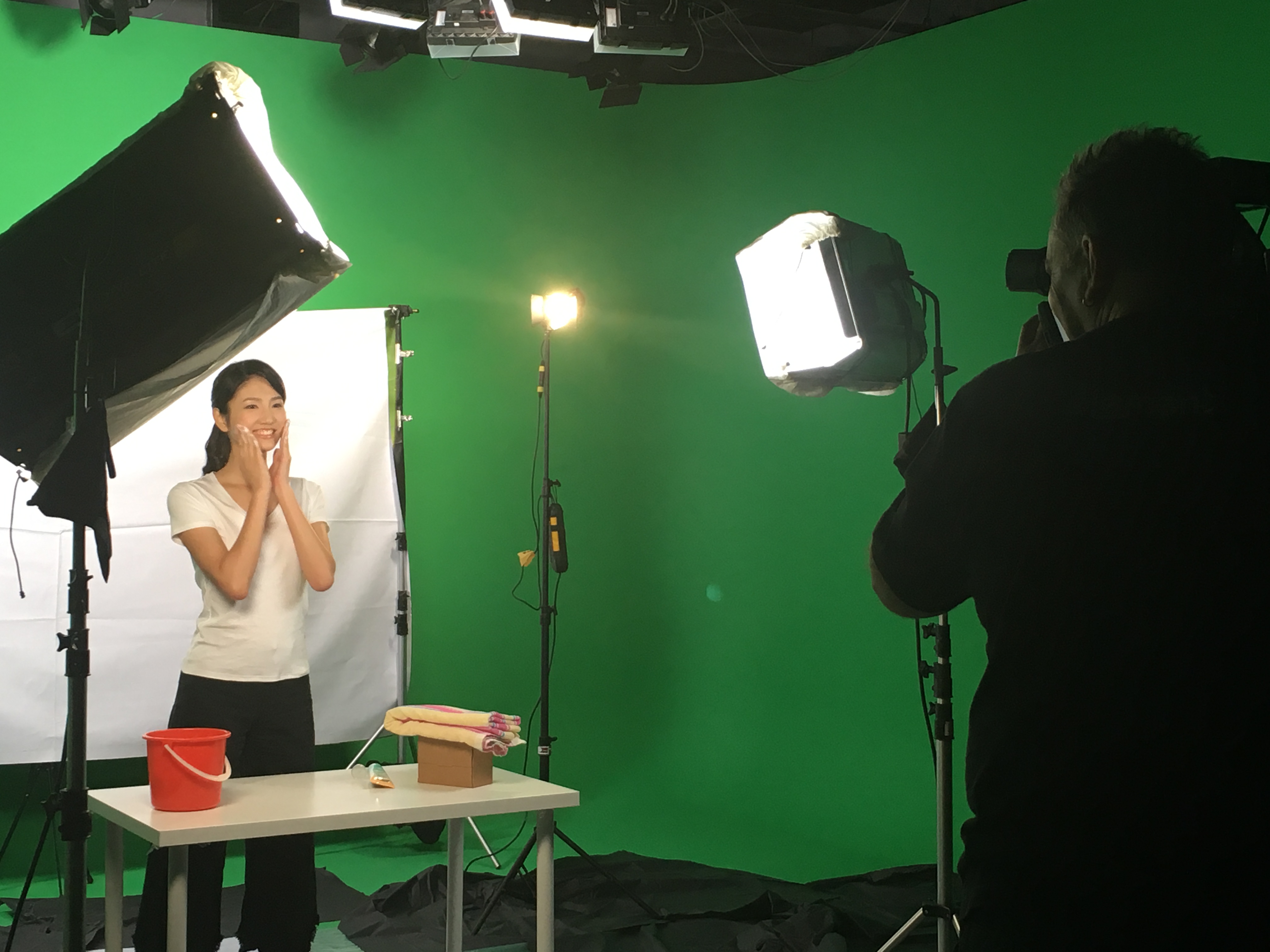 Can you share with us some beauty tips and tricks you’ve picked up from Asia’s Next Top Model?

Before Asia’s Next Top Model, I used to scrub my face really hard to remove my makeup and get it clean, but the other contestants told me I’ll get wrinkles if I continue to do that. So instead of being so harsh, I need to be gentle with my skin and sort of massage it upwards as I’m doing so, too.

What was the most exciting moment of your modelling experience so far?

In the finale, there’s always a runway show with all the contestants, and there were two sections. I opened the second section of the finale, and in that moment, I felt like the stage was mine. I could feel everyone looking at me, with the cameras and the spotlight – that moment really means something to me. I’ve opened a few shows before back in Taiwan, but nothing could compare to this. This is like a perfect ending for my journey in Asia’s Next Top Model. Oh, and Cindy Bishop closed the show! So, Cindy open, Cindy close. [Laughs] 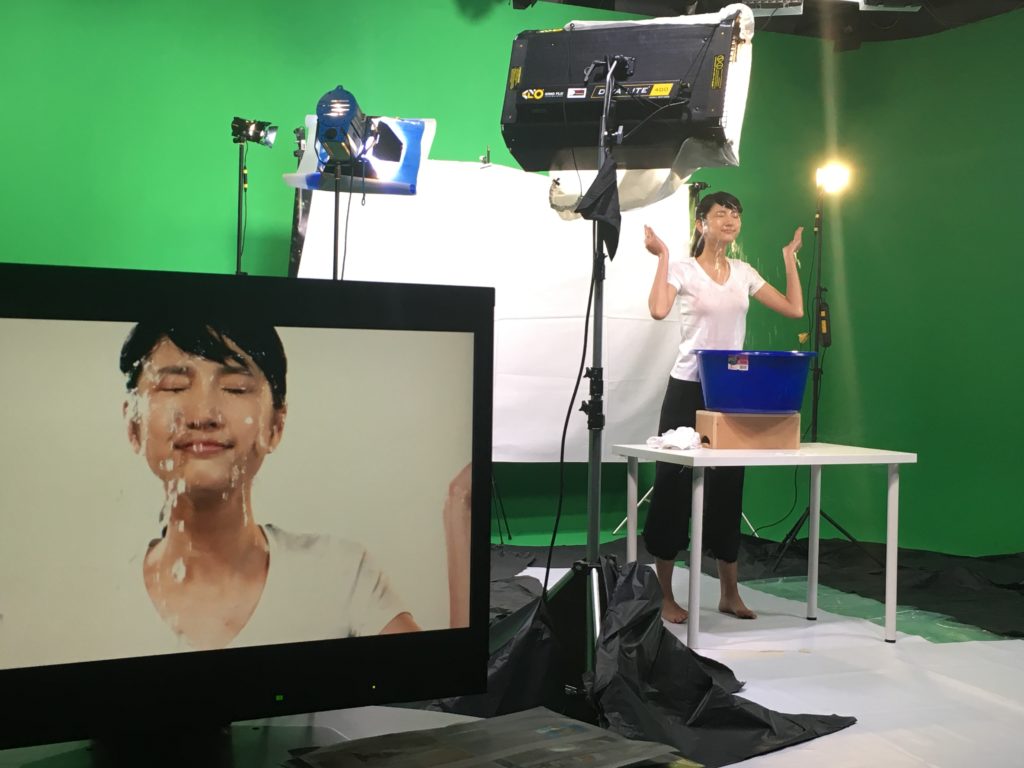 What was the most surprising thing you’ve learned from being in the competition?

This is really funny because I’ve never cooked before, and I learned how to cook because of Asia’s Next Top Model! [Laughs] We’ll have lunch and dinner out most of the time, but if we end early, we have to cook dinner ourselves because the crew will leave. So I’m not just trying to survive in the show, I also need to survive in the model house, so I have to learn to cook. I’ll make my own breakfast and then sometimes dinner. I didn’t learn it from anyone, I just kinda experiment and make sure everything is fully cooked.

What is it like living with the other girls in the model house?

At first, it was really scary because we were all strangers. We’re going through the same thing, we’re under the same pressure, we wanna talk to one another, but we’re not sure who we can trust. It was just really awkward initially, but we eventually grew closer and closer and became more like sisters.

Growing up, have you always aspired to become a working model?

Actually, no. Being a model is an accident for me. [Laughs] So I started my modelling career two or three years ago when I was 16, and my mum saw a commercial of a modelling competition and she went, “Cindy! You’re tall enough. Do you want to join?” This was during my summer vacation, so I thought, “Yeah, I got nothing to do, so why not?” I joined, and then I won, so that’s how I accidentally got into this career. If I weren’t a model, I’d wanna be a teacher. I’m still not sure, but I’ve always wanted to be a teacher when I was little. I’m currently studying English and Literature, so I hope to teach that to children someday.

Do you have any role models within or outside of the modelling sphere?

Now that you’ve had a sneak peek, have a look at the final commercial for the Neutrogena Rainbath series below.