I never had much trouble with my skin until I reached adulthood, and I’m honestly quite glad this is the case — as an adult, I have the budget and resources that I wouldn’t have had during my teens, and this has resulted in me experimenting with different acne solutions over the past couple years. These are what I’ve tried most recently, and how they’ve worked for me. 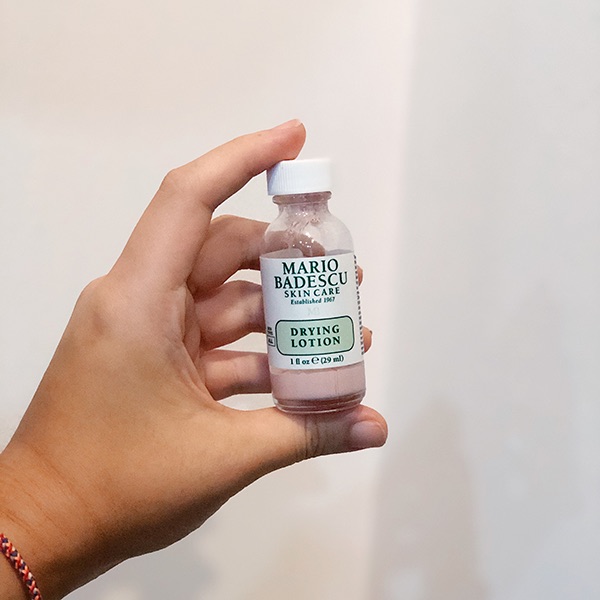 I decided to try this out when I noticed it kept popping up on my YouTube feed — at the time, I had only seen positive reviews and it seemed to be a part of everyone’s skincare routines. When I first got it I instinctually shook it, to the dismay of my friend who had used the product before — you’re supposed to let the Sulfur settle at the bottom, then use a cotton bud to put the concentrated formula on your blemishes. The alcohol-based formula also has calamine, camphor and Zinc Oxide, all of which are used to treat skin irritation.

If you’re sensitive to smell, this isn’t the product for you. The odour can be pretty unpleasant (imagine chemicals in your school science lab), but the product itself works wonders. No matter how big or small, any zit I dot this on pretty much settles overnight — they dry out completely.

4/5 — overnight zit remedy, but use with caution if you have dry skin. The smell isn’t great either, but the result is worth it. 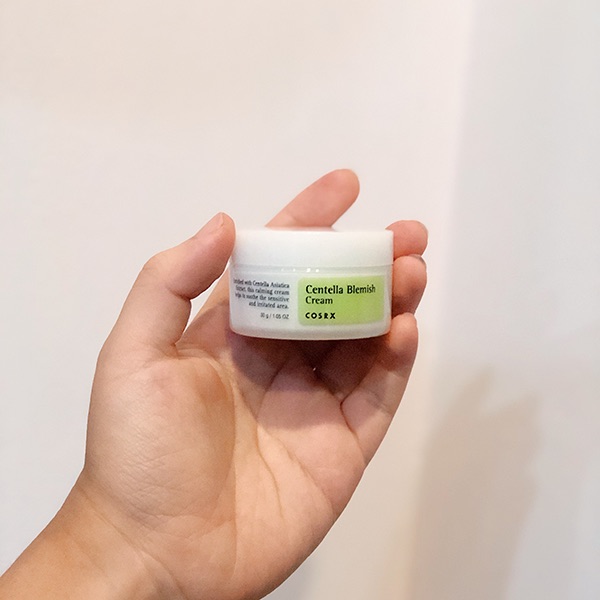 Marketed as a fast-acting spot treatment cream, the formula primarily consists of Centella Asiatica Leaf Water, which is meant to calm the skin. I have personally never used it purely for blemishes — the first time I tried it, I was in Korea and my roommate suggested I use it for my dry skin. The next day, not only was my skin completely moisturised, but almost all signs of redness were gone. I have since used it as an overnight mask or an emergency treatment if I need my skin to be spot-free the next morning.

5/5 — it’s been a part of my routine for years and I can’t live without it. Suitable for all skin types, but you may run out fast. 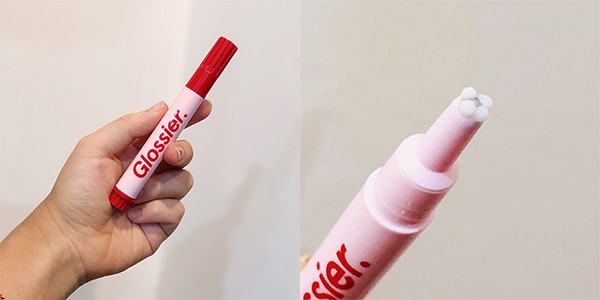 I honestly purchased this purely because of the Tide Stick-esque exterior, but it surprisingly worked pretty well for me. Packed with famous acne killers like Tea Tree Oil, Capryloyl Salicylic Acid and 5% Benzoyl Peroxide, it’s my go-to whenever I see a new pimple forming.

5/5 — for new zits and whiteheads, but probably not for anything more. 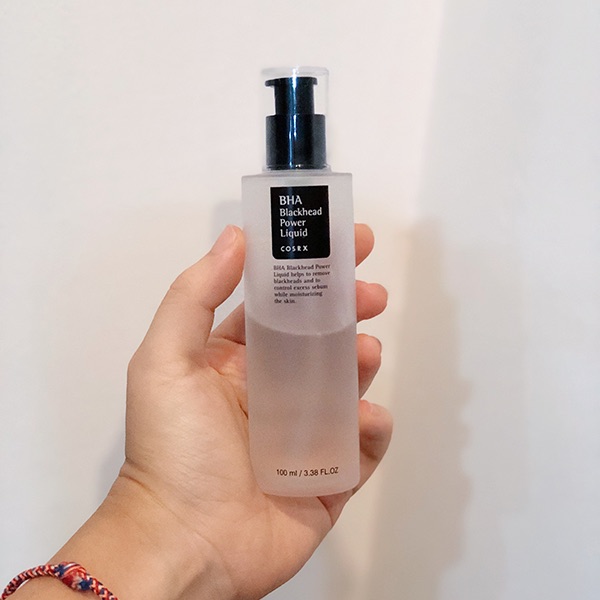 Rather than a spot treatment, this BHA-rich liquid is meant to be used all over the face. The formula feels a little oily, but that’s because it adds moisture to the skin while it exfoliates it.

I used to use this almost daily, for a couple years, but stopped when I ran out and decided to give other products a try. That was a terrible mistake and I regret ever stopping — this is seriously my holy grail skincare product and I don’t know what I’d do without it. When I stopped using it, I was getting way more breakouts and my skin was the worst it had ever been! I don’t know if it was partially because of the new products I was trying, but when I re-added it to my routine, my skincare woes were pretty much over. 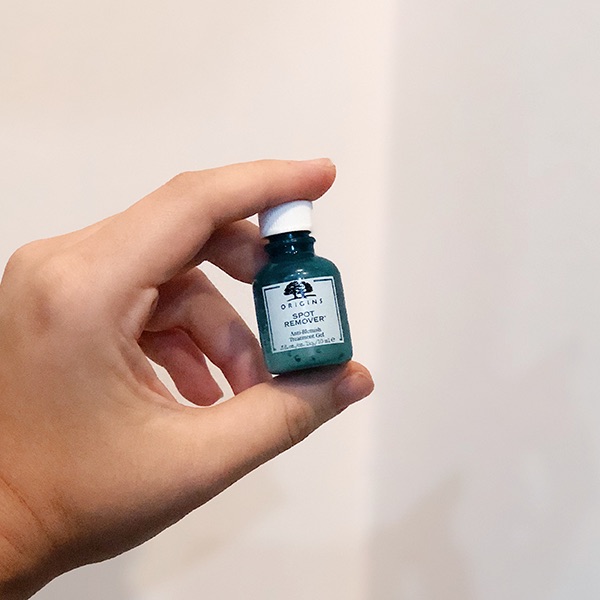 I got this acne treatment gel during a Sephora sale, and I’m not going to lie — I was extremely disappointed when it first arrived. It’s TINY. I considered returning it, but at the time, I was struggling with a breakout, and decided to give it a shot. For such a small bottle, it contains quite a few ingredients, including Witch Hazel, Clove Bud Oil, Limonene and various fruit extracts, like cucumber and apple.

Honestly, out of all the zit remedies I’ve tried, this seemed to be the most useless. I tried it on a few smaller pimples overnight, and the next day, they were just as red as ever. I also tried using it on a couple of bigger zits, but that did nothing. The application stung, and usually I can tolerate a bit of pain if that means my skin might get better, but I saw absolutely no difference before and after using it.

1/5 — it just didn’t work for me. The only pro is that it’s tiny enough to bring around everywhere, if that’s what you feel like doing. 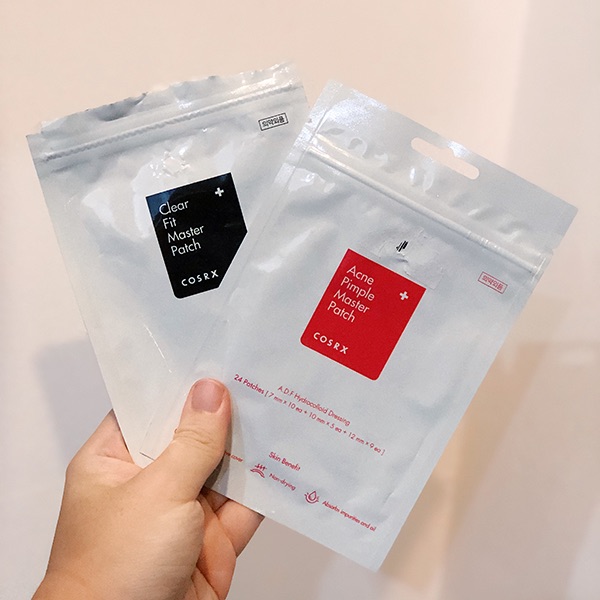 Honestly, COSRX seems to be my life-saver when it comes to skincare. None of their products have ever disappointed me — the only con is that they can be very expensive anywhere other than South Korea.

I first tried the Acne Pimple Master Patch when I was at a friend’s house and she had a bunch of what I thought were ridiculous stickers all over her face. She swore to me that they worked wonders for her zits, and convinced me to try them out — I haven’t looked back since. They’re made out of A.D.F. Hydrocolloid Dressing, which is supposed to extract impurities and quicken the healing process — the airtight patch is also meant to protect the blemish from any other bacteria.

4/5 — most small zits go down after one use, but bigger zits take a few days.

The Clear Fit Master Patch is a much thinner version, and great to use during the day, even under makeup. The thinner material makes it less obvious on the skin, and I’ve definitely used it during times where I knew I had to be in pictures, but was worried about my pimple sticking out. If used with makeup, I always put the patch on first, then apply my makeup over it.

5/5 — super effective, and can be used during the day too.